The Pattern Does Not Hold

Here's a little illustration if you need to show that a few examples do not make a proof.

(Context: Introducing a quick 4 days on proof by induction, because we use it in the next unit on Series & Sequences.)

First I asked them to write an expression for the nth term of the sum of the first n positive odd integers. Like this:

They did up to like n = 5, saw the pattern, and settled on n squared. They were utterly convinced. Their intuition was serving them well. For now.

Then, I drew a circle on the Smartboard, and asked them, if we draw n unique points on the circle, and connect them with as many segments as possible, in how many maximum regions is the circle divided? 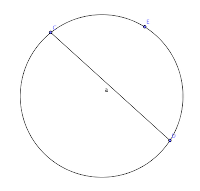 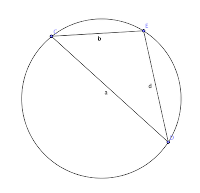 (At this point, they had a few minutes to work independently or with a partner to come up with a conjecture for number of regions in terms of n points on the circle.) 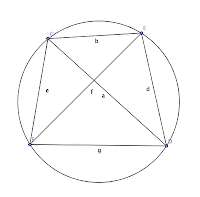 They think they see it: the number of regions doubles. They check it with 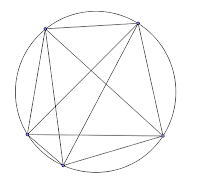 And nearly everyone was satisfied with that, and conjectured that n points yield

A few intrepid souls, and eventually all with some cajoling, drew 6 points, yielding 31 regions, not the expected 32. 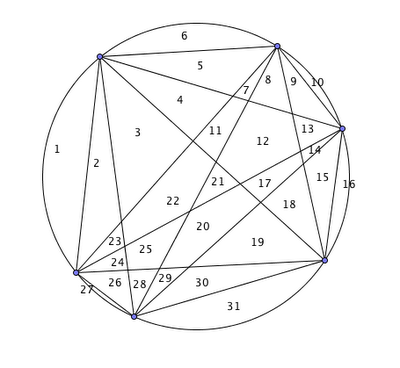 Coming up with the actual expression is non-trivial (it ends up involving nCr, of all things), and we didn't get into it, but I found this an effective motivator for introducing proof by induction.

Last year, I used the example of Fermat's conjecture that $2^{2^n}+1$ yields only primes - a conjecture which went unproven either way until Leonhard Euler found a factorization of $2^{2^5}+1=4292967297=(641)(6700417)$. But, I thought this was much more effective, because they could confront their erroneous conjecture with the counterexample directly.